Discovered in an antique shop in 1990, this was believed initially to be the 1943 shield of the Navy Patrol Vessel ML 817 but later found to be from the 817 Squadron of the Navy’s Air Arm. Originally a Royal Navy Squadron, the fixed armed aircraft team was transferred to the Royal Australian Navy. Their aircraft operated off HMAS Sydney and HMAS Melbourne, which were aircraft carriers in the late stages of World War Two. Their motto AUDE FACRE means “DARE TO ACT”. 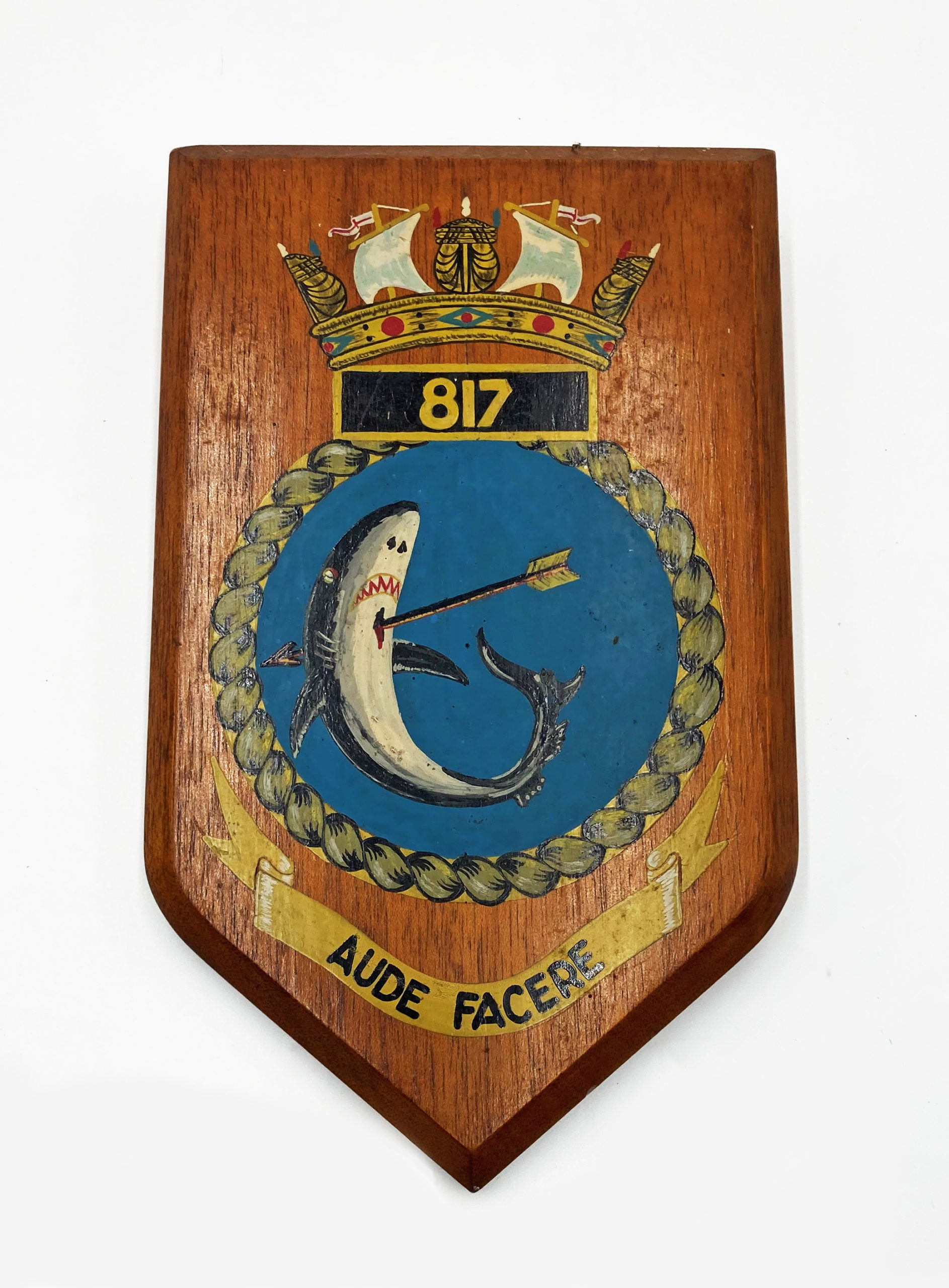