Invented by Joseph Ferrier in 1866, the patent was purchased by Humble & Sons who manufactured and distributed them from their Geelong foundry. The Ferrier Wool Press was used throughout Australia, New Zealand and Africa. Sent out as a flatpack, the press was put together on the farm. This press was made by Humble & Nicholson in Geelong in 1890 and sold to Shanahan Brothers in Birregurra. A key feature of any woolshed, this wool press needed three people to tip over the wool filled top box before it was pressed into the lower box using the lever. It is an early example of Geelong’s long history of design, invention and manufacturing. 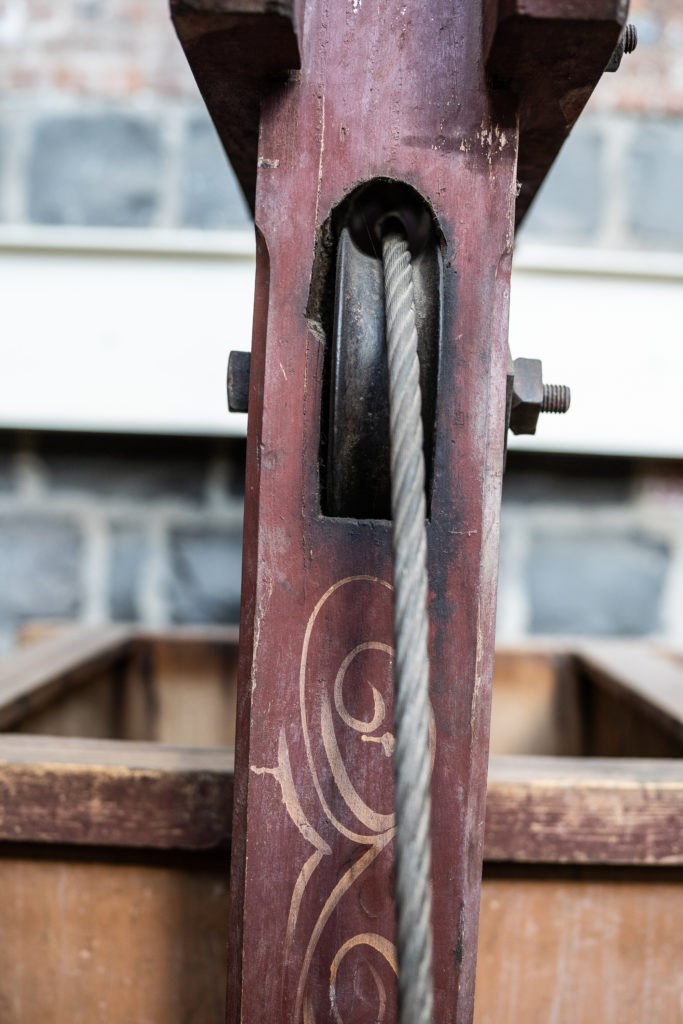