The 1891 Shearers’ Strike was one of the most significant events in the development of the Australian Labor Movement. Barcaldine in Central Queensland was the location for much of this conflict. Graziers were attempting to negotiate agreements on individual stations that went against union rules including a reduction in shearers’ wages. Queensland pastoralists engaged Victorian “free labourers” or “scabs” to keep their sheds running while local shearers were on strike. The conflict required armed police to guard Victorian shearers as riots toke place and woolsheds burnt down. With both sides bearing arms, there were thoughts of a possible “Australian Revolution”. The conflict ended in June 1891 with rebel shearers regaining work, however, several of the strike’s leaders were sentenced to prison 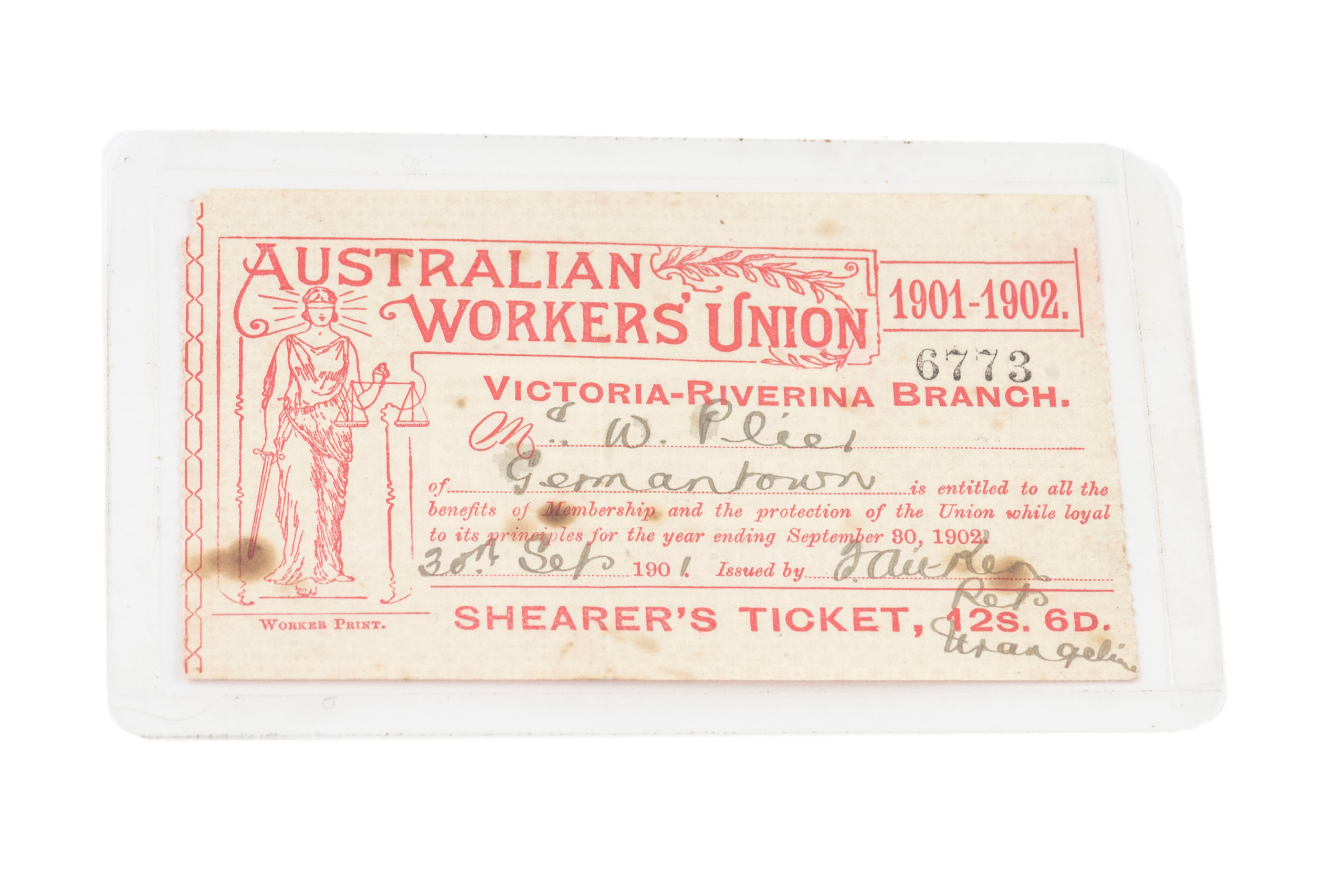