Corner of Moorabool and Brougham Street

The statue of Prince Albert Edward was commissioned by Sir William John Clark and carved by Charles Summers, founding member of the Victorian Society of Fine Arts to commemorate the death of King Edward VII in 1910. The statue was originally housed in the Melbourne Public Library before being presented to the people of Geelong by the National Gallery of Victoria in 1939. In 2013 the statue was restored, a new head, arm and toe were carved from matching white Carrara Italian marble.

To the Unknown Mariner

The unknown mariner was commissioned by the City of Greater Geelong in 2015. The enormous artwork by Cam Scale was a made as a tribute to the maritime history of Geelong. The life of a Mariner is not always easy. This mural captures the life and tales of an old man of the sea, a face that has been weathered by time and the elements. 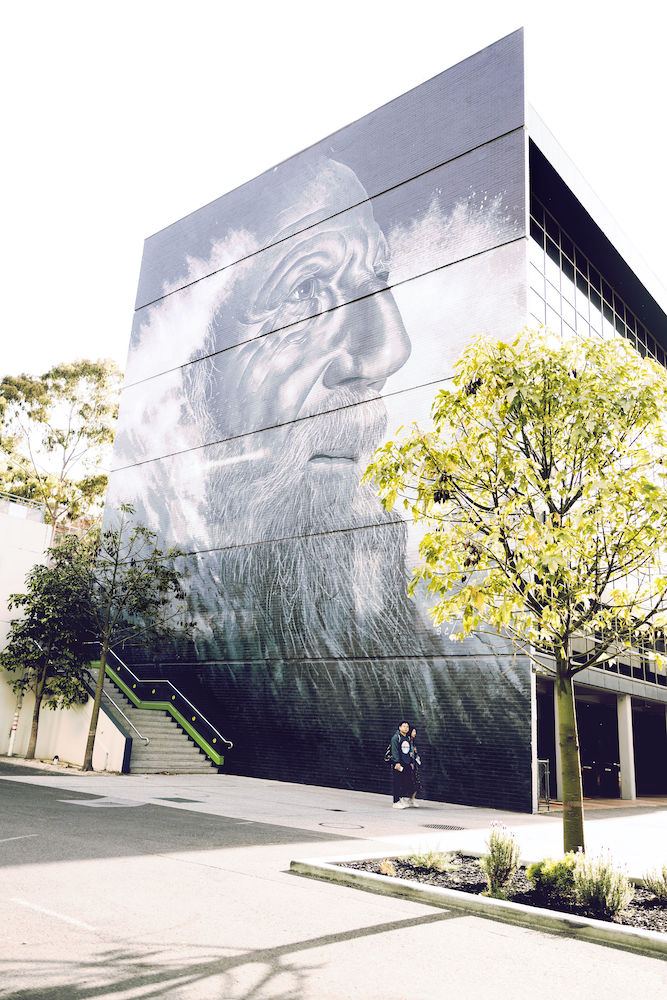 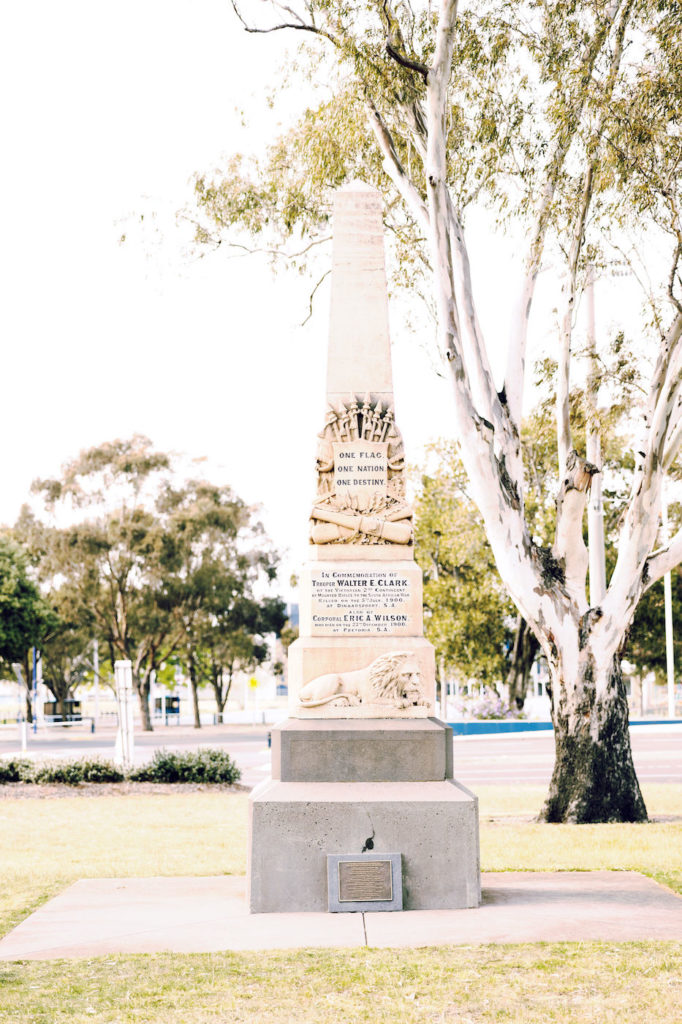 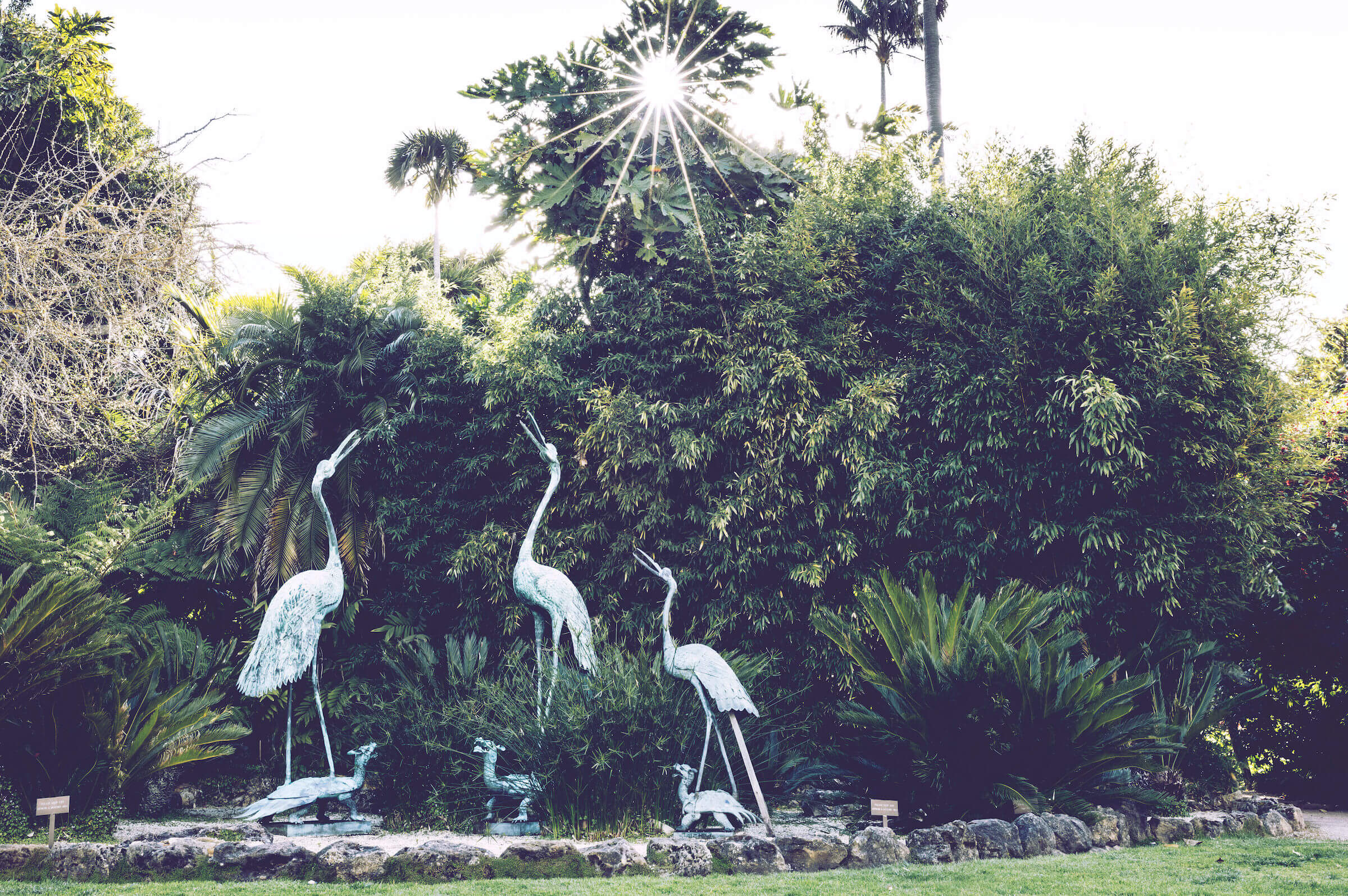 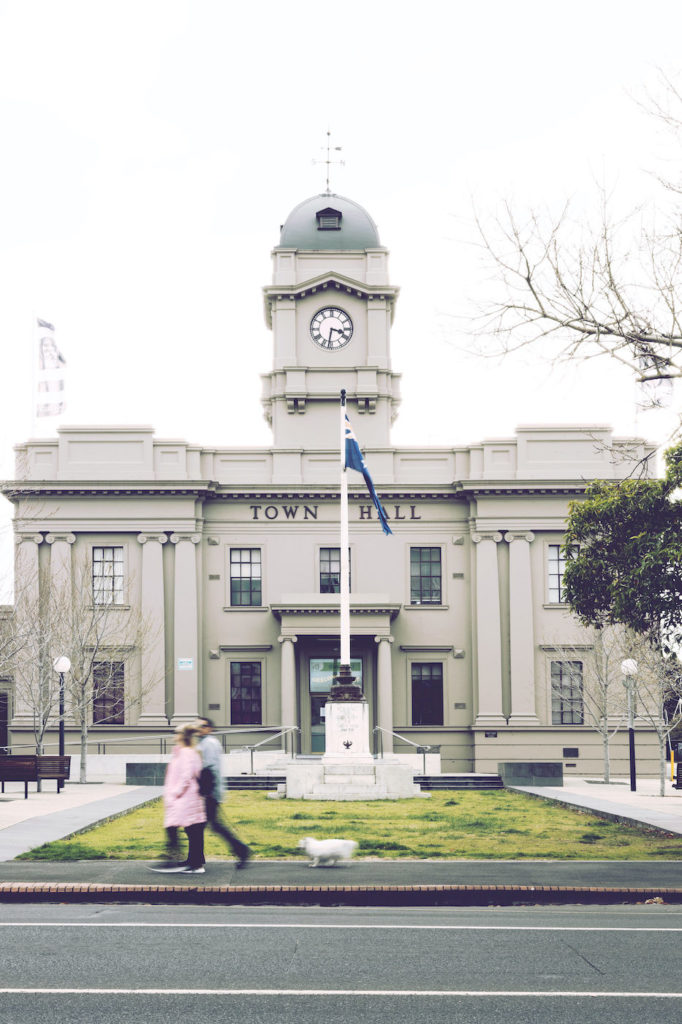 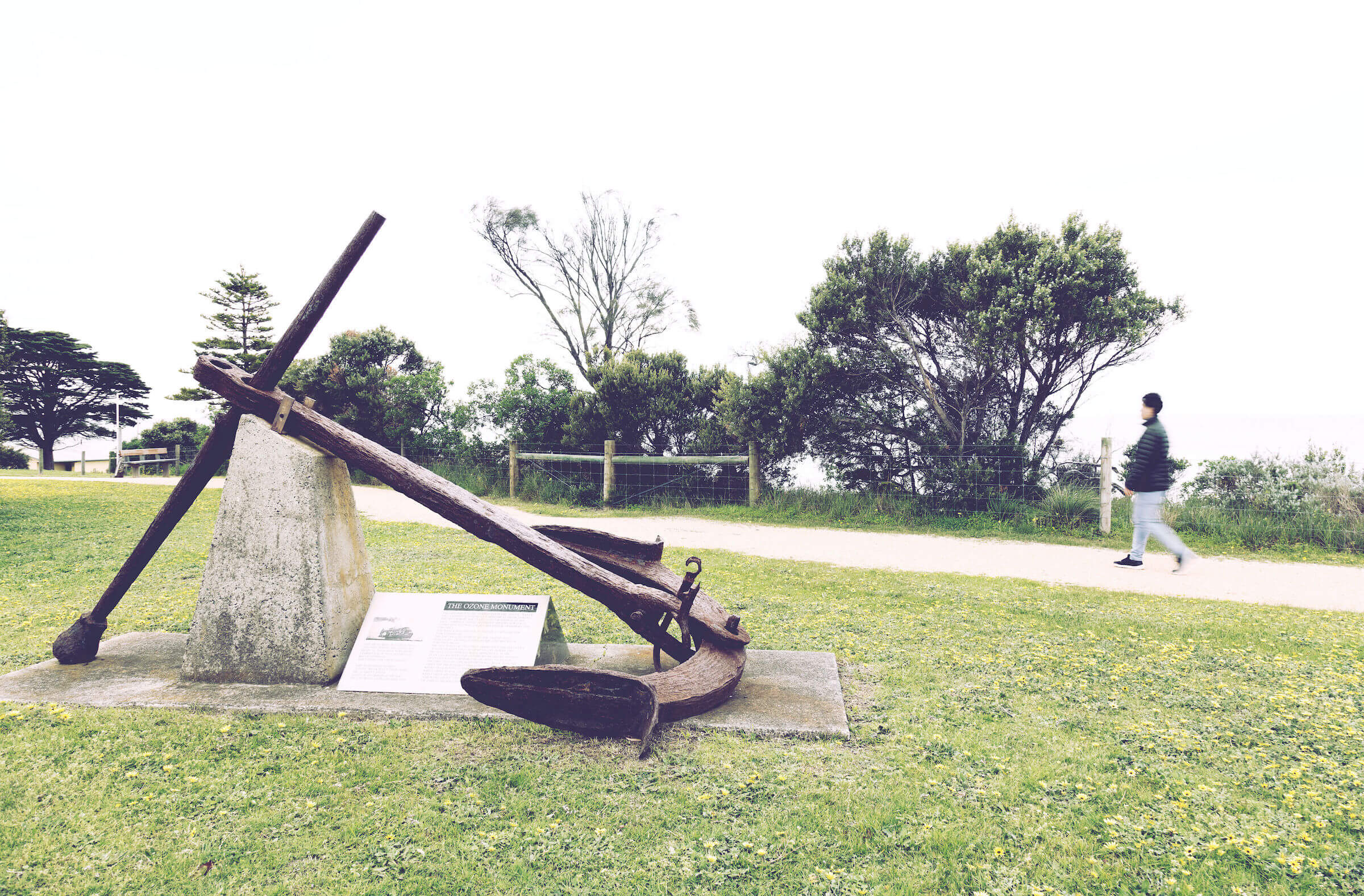 Sea travel and transport was crucial in the early history of Geelong. Necessary stock and supplies were brought in by sea and exports left in the same way. Infrastructure such as buoys and beacons were placed within the in the bay to mark channels. The buoys that are placed on the Geelong Waterfront today are the original marker buoys that were placed in Corio Bay. 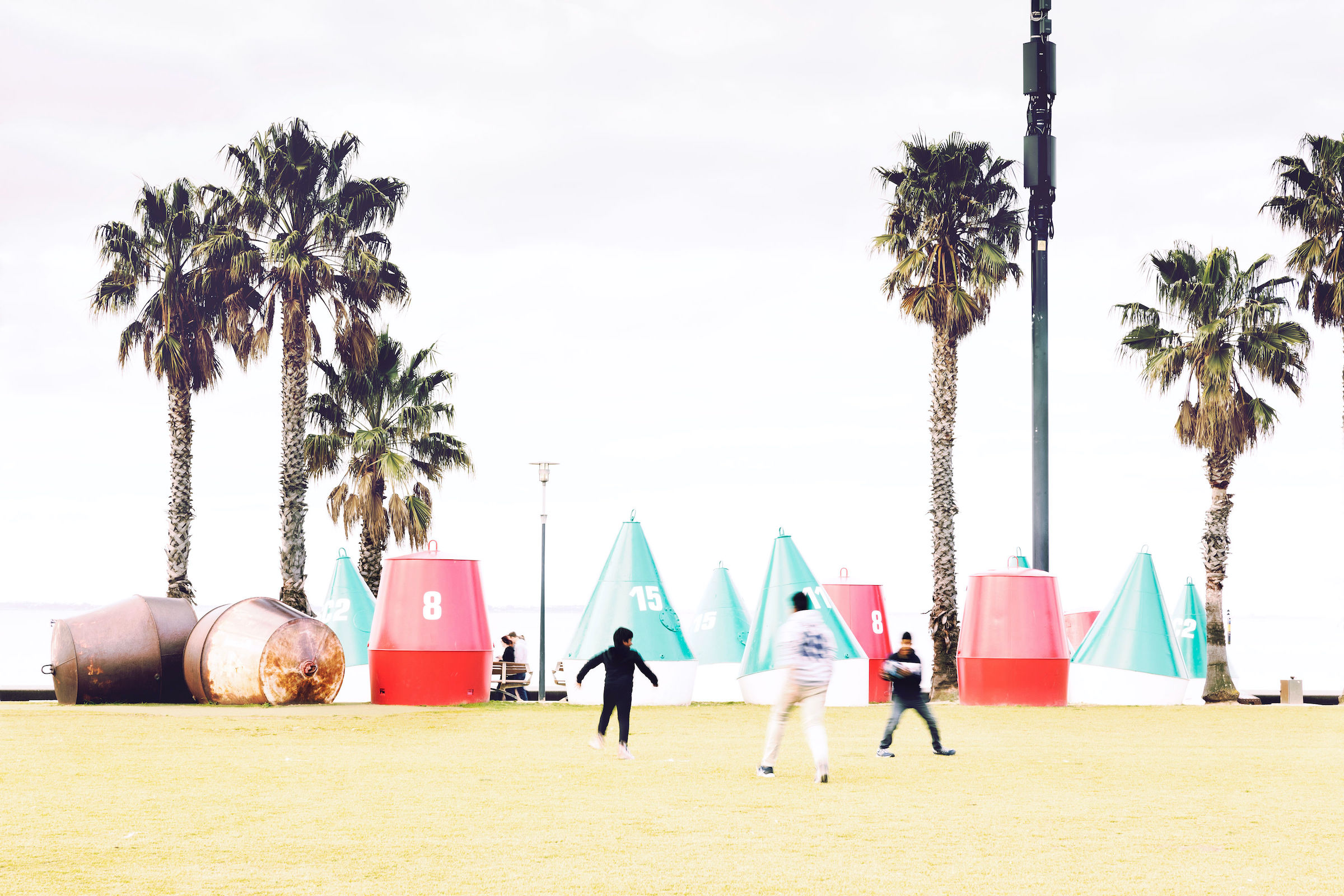 The Geelong Harbour Trust leased the Western Beach sites to various boat-building and servicing companies, such as Higgs Brothers, Charlie Blunt’s Boatbuilders and Barrow’s Boatyard. Slipways were installed to winch boats up from the water for maintenance and repair works. The fishing boats currently on the winches were built by master shipwrights at Western Beach. Many boats were crafted in the area from the 1920’s as Western Beach became Geelong’s chief maritime focus. The reflection seat sculpture by Jacinta Leitch was commissioned by the City of Greater Geelong in partnership with Care Leavers Australia Network in 2014. It serves to create a place of quiet reflection for all, and in particular for the thousands of children placed into Orphanages and children’s homes throughout the Geelong region. 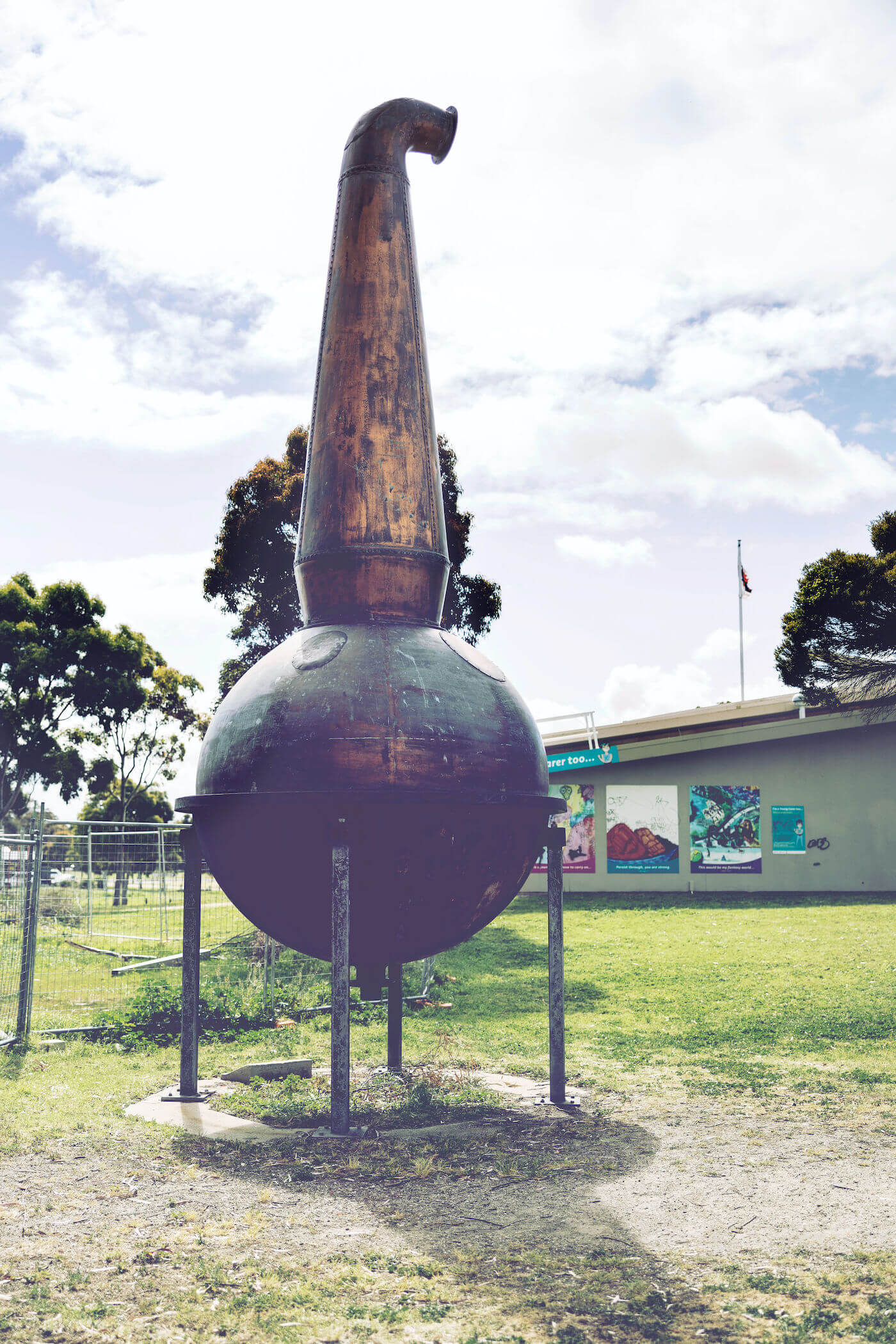 The fountain was revealed in 1929 under the Eastern Beach Improvement Scheme, designed to beautify the central Geelong waterfront which had been deemed an eyesore for many years. The iconic cranes in the centre of the fountain were purchased by City from a resident of St Albans’ Park homestead for £25. The cranes were moved to the botanical gardens in the 1970s after they were consistently vandalised. Replica cranes were made to replace the monument at Eastern Beach where they are found today.

The East Geelong War Memorial was erected in 1921 to commemorate the servicemen from the East Geelong, St Albans and Moolap districts who lost their lives in action in World War I. It bears forty-five names of soldiers who died in conflict. 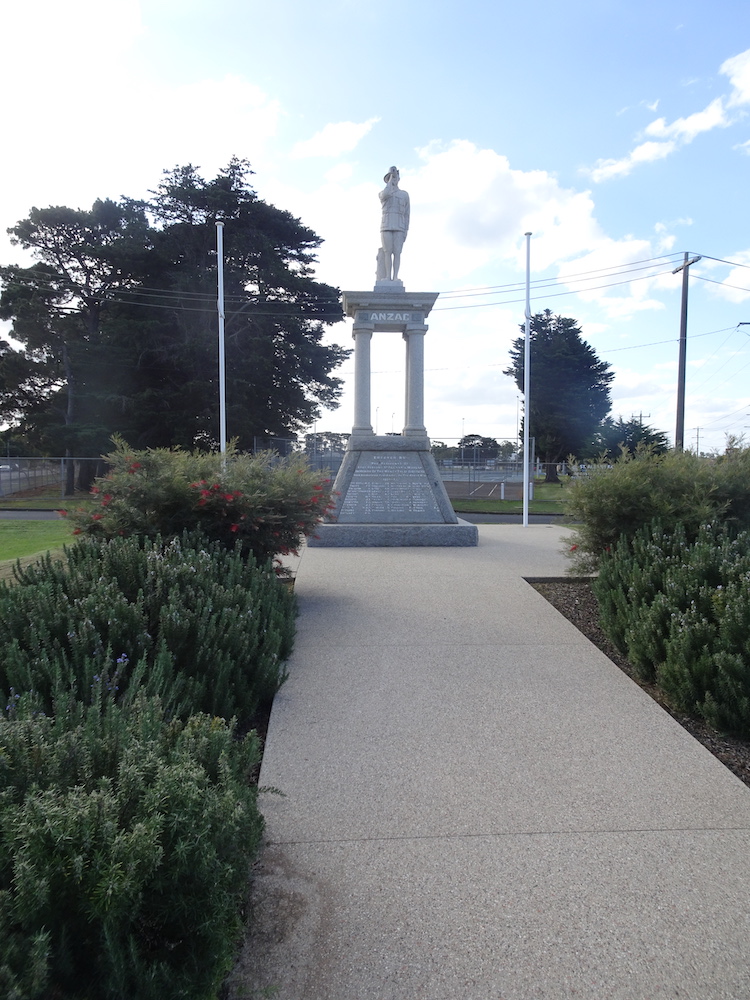