One of the earliest examples of a wagga quilt that exists in Australia. This quilt was made from reused patches and fabric scraps that were stitched together to create a warm covering for a child to sleep under. The quilt was made in Daylesford, but little is known about the maker or users of this quilt. As early as the depression of the 1890s, when times were difficult in Australia, making do became a way of life. The wagga quilt entered the list of uniquely Australian inventions that helped us survive through lean times. 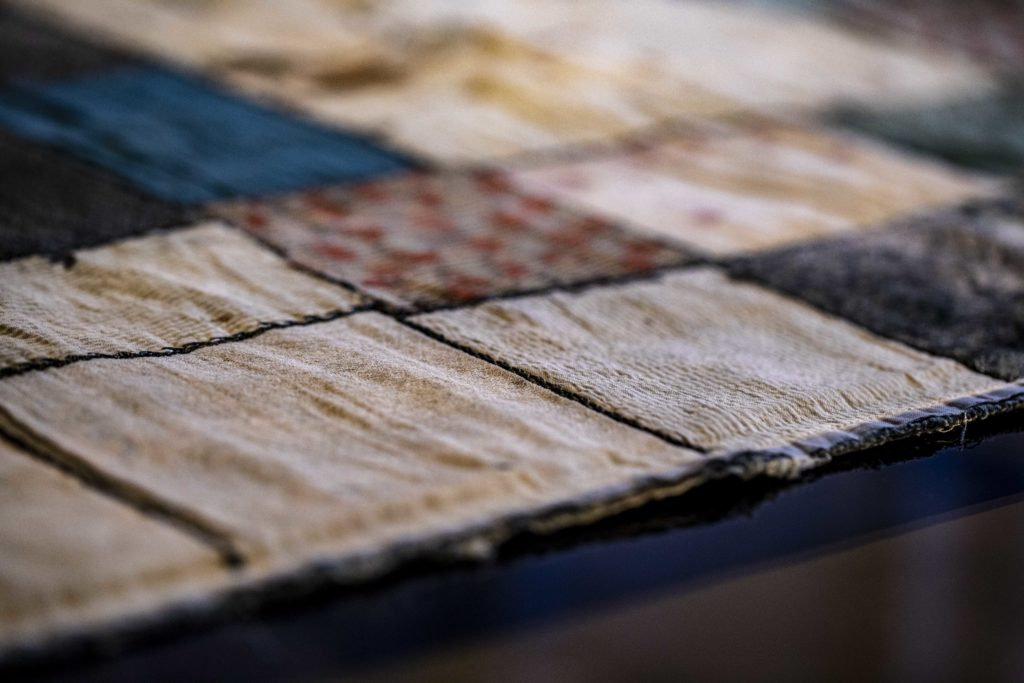